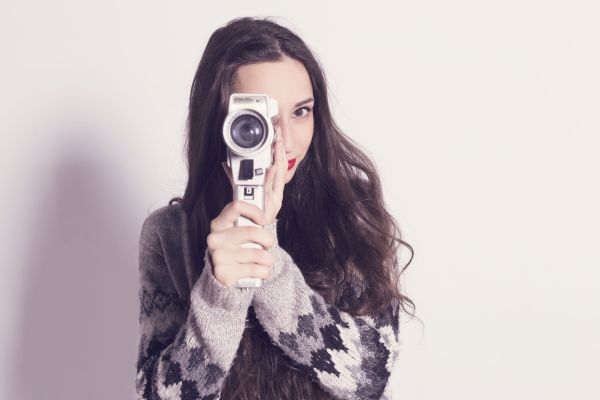 Hey! Where did all your fans go?

If it seems that your organizations’ video views on Facebook have plummeted, you’re not imagining things.

Changes in the social media colossus’s algorithm this year mean your posts won’t automatically show up in people’s news feeds— even if they follow you.

“If your video goes up on a brand page, a company page, it’s just not going to make it into anybody’s newsfeed,” says Shel Holtz of Holtz Communication + Technology. “It doesn’t matter whether people have followed that page. You’ve got to get them to go to your page and engage with it.”

That doesn’t mean you have to give up on the platform with 2.1 billion active users. Video is a central part of reclaiming your fans. Here are tips for getting the most out of it.

Almost half of live video is discovered through news feeds, George says. Friends sharing with friends, and they see it on their news feed. Similarly, enhancements such as 360 video will make Facebook an even richer medium, he says.

“If Facebook live video is not currently part of a strategy for a marketer, then it should be,” George says.

RELATED : 10 ways to create livestreams that engage your audience.

Consumers now see more content from friends and family—people they typically engage with. This is because Facebook is taking seriously users’ complaints about everything “fake news” to an excess of junk they aren’t interested in clogging their feeds.

It is thus imperative to get interactivity into the users’ experience, George says. Solicit user feedback. Encourage questions in the comments. Call out longtime fans who participate: “Hey, Myron Whifflebotham from New York, one of our regular contributors, has a question for the panel.”

For nonprofits doing live fundraising, encourage participation. George Strait livestreamed a concert to raise money for Hurricane Harvey victims, via the Rebuild Texas Fund. He raised more than $332,000 while allowing viewers to vote on what songs they’d like to hear.

“That’s a great example of how they were able to drive a lot of engagement of the audience by giving them ownership of what they were playing,” George says.

Create irresistible content that your fans will seek out.

Video is powerful, and “tons of research” shows that people are still watching it, Holtz says. It has become more important than ever, though, to post eye-catching content, rather than cranking out the proverbial throw-it-at-the-wall-and-see-what-sticks kind of work.

“Your page on Facebook needs to become more of a destination, and less of a repository of stuff that you’re thinking is going to find its way into individuals’ feeds,” Holtz says.

IBM has done this with a Facebook page that features video on matters such as artificial intelligence and 360-degree tours. It makes people say, “I want to go and check that page,” rather than chance upon it, Holtz adds.

Paid media is still an effective way to boosting Facebook reach. If you’re boosting live, however, make sure that the stream has sufficient time remaining. Otherwise (go figure), your return is diminished.

Also, use all your social media to boost your Facebook Live broadcast. Push it in advance to build anticipation. Facebook also has a tool that allows you to save a list of people watching, George says. Use that to buy media coverage and target people next time around.

Though organic engagement is the priority—it draws the best placement via the algorithm—consider using custom audiences for better targeting.

Promotions helped Ariana Grande support her One Love concert, a live-cast fundraiser held after a terrorism attack on her previous concert in Manchester, England. Viewers donated directly from the stream, raising more than $446,000.

Don’t put all your eggs into one basket.

As traffic plummets, publishers have begun exploring other channels—particularly LinkedIn, where organizations are experimenting with partnerships, Holtz says. Depending on your audience, it would make sense to investigate Instagram, Snapchat, LinkedIn, YouTube and other platforms. More and more companies are hiring channel managers to juggle these sites, Holtz says.

“As I’ve been saying for years, it drives me crazy when people say they have a ‘Facebook strategy,’” Holtz says. “You need to have a content strategy. Facebook is a channel. Facebook could vanish off the face of the earth tomorrow; your content strategy shouldn’t miss a beat.”

Some organizations are finding, counterintuitively, that setting up a closed Facebook group can bring greater engagement. Outside Magazine established The Outside Beyond Books Club as a hub for interaction among its adventure-loving fan base, says Justin Allen, head of production and video strategy for Ragan Consulting Group.

Its 4,100 members go there for what is “part actual book club, part place to explore outdoor culture and media,” Outside states.

Microbreweries and others have taken a similar approach, using groups to promote new batches and events to a willing audience. Companies are also using groups to gather marketing and development information: Our last product fell flat; tell us how we can improve it.

“It becomes this interesting forum for discussion,” Allen says. “From a brand perspective, there’s a lot of possibilities there.”

‹ The New Facebook Algorithm: Secrets Behind How It Works and What You Can Do To Succeed › Don’t blame it on Facebook: Why mediocre posts will cost you social media followers | Dynamic Business – Small Business Advice – Forums | Dynamic Business Australia
popular hashtags by hashtagify.me